To think, it is now nearly 20 years since the excellent debut from The Strokes, with the seminal Is This It acting as a catalyst for the noughties indie surge. Another debut in 2001 came from Damon Albarn’s side project, with the eponymous Gorillaz debut album released in March.

It was also a strong year for follow-ups. Excellent second albums came in the shape of Origin of Symmetry (Muse), Discovery (Daft Punk) and Iowa (Slipknot).

Elsewhere, we were treated to The Blueprint (Jay-Z) Amnesiac (Radiohead) White Blood Cells (The White Stripes), Vespertine (Bjork) and Love and Theft (Bob Dylan), as well as many more.

So as we look closer to home, here are some of the albums turning 20 this year, in order of release.

Free All Angels was the third studio album from Northern Irish band, Ash. It includes one of the band’s biggest singles in the shape of Shining Light (Ivor Novello Award Winner), as well as Burn Baby Burn (NME Single of the Year), Sometimes, Candy and There’s a Star. It reached number one in the UK charts was a hit with the critics.

Released in the US a month earlier than the UK, this was Snow Patrol’s second studio album. Despite flying under the radar following its initial release, it went Gold in the UK upon re-release. Frontman, Gary Lightbody used a six month delay in album release to write some new material, including Run and Chocolate, which propelled the band to global success.

2001 saw the debut release from Elbow, which was shortlisted for the Mercury Prize and was the first of many critically acclaimed records from Guy Garvey and co. The title track wasn’t included on the initial release, but found its way onto the album through their second label ‘V2 Records’. The album also included singles Newborn and Coming Second.

Flowers was the ninth studio album from the Liverpool band, 21 years after their 1980 debut, Crocodiles. The album includes the singles It’s Alright and Make Me Shine. This was the second album release following the departure of Les Pattinson, and the band received the Q Inspiration Award the following year, for inspiring new generations of musicians.

The Invisible Band garnered its name from Fran Healy claiming that Travis had famous songs but weren’t famous themselves, stating “music is more important than the band”. It spent four weeks at the top of the UK charts and included hit singles Sing and Flowers in the Window. It proved an excellent follow-up to The Man Who (1999).

The ninth studio album from James would turn out to be the last for 7 years, with Tim Booth leaving after the December tour. Recognise the cover star? Maybe, because the album cover is a composite image of the band members’ faces. Its lead single, Getting Away With It was also the title of the live video released of the final show after Booth’s departure. They would, of course, reunite six years later.

Named in the “1001 Albums You Must Hear Before You Die”, Hot Shots II was the second release from Scottish experimental rock group, The Beta Band. The band gained a cult following and had fans such as Radiohead and Oasis. The album received widespread critical acclaim, but the band would break up three years later.

Beetroot was Liverpool Britbop band Cast’s fourth album. Fronted by John Power, the bassist from The La’s, Cast created a competition for fans to come up with the title for their new record. After considering all ideas, the band ignored suggestions and went for their own! They would split two weeks after the album release and eventually reform in 2010.

The seventh studio album from New Order included singles Crystal, 60 Miles an Hour and Someone Like You, and was the Manchester band’s first release in eight years. It was the last New Order album to feature the classic line-up. Get Ready was dedicated to the late Joy Division and New Order manager, Rob Gretton.

A Funk Odyssey brought an injection of funk, disco and electronica to the new millennia. Containing hits Little L, You Give Me Something, Love Foolosophy and Corner of the Earth, this was Jamiroquai’s fifth studio album. Stretford-born frontman, Jay Kay claimed he wrote Little L in 25 minutes, one of their biggest hits to date.

Wonderland is the seventh studio album release from The Charlatans. It received widespread plaudits from critics in the media and interestingly, You’re So Pretty – We’re So Pretty was scheduled to be the third single from the album, but was later withdrawn. Frontman, Tim Burgess was in the news recently for fighting to save local Manchester venues Gorilla and Deaf Institute, and is widely renowned for his Twitter album listening parties.

Pulp’s seventh studio album, We Love Life was the final release before a decade long break, and was the follow-up to the 1998 Mercury-nominated This is Hardcore. It reached number six in the UK charts and includes the singles Sunrise, The Trees and Bad Cover Version. We Love Life was included in Pitchfork’s ‘Top 200 Albums of the 2000s’.

Are You Are Missing Winner was incredibly The Fall’s 22nd album. The release followed the late great Mark E. Smith’s decision to replace the band with an entirely new line-up. In fact, a line in opening track Jim’s “The Fall” states exactly that – “We are the new Fall, not like the old one”.

And finally, it’s Macca. His twelfth solo release included the singles From a Lover to a Friend, Your Loving Flame, Lonely Road and Freedom. The latter was composed in response to the 9/11 terrorist attacks, which McCartney witnessed whilst sitting on a plane in New York City. He performed the track at The Concert for New York City in Madison Square Garden in October. 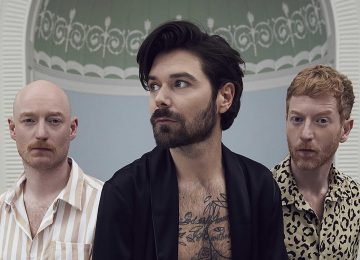 Posted by northernchorus - December 15, 2020 0
When we sang Auld Lang Syne and waved goodbye to the last decade, nobody could have predicted the year 2020… 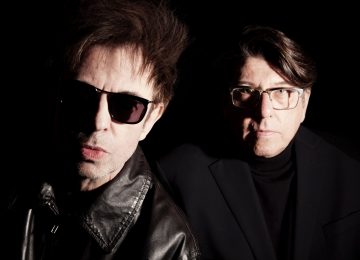 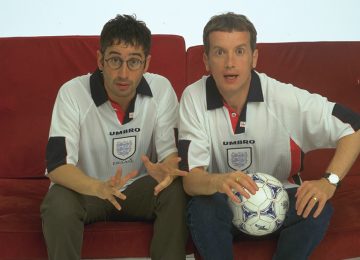