Each week, we post the biggest UK ticket releases available for music fans every Friday. We provide the full list of tour dates, time of sale and links to purchase tickets. Today, we have a rock and roll icon for the second week running, alongside one of the most talented singer-songwriters out there at the minute. In total we have six exciting tour announcements, so here are our selections this week…

Following the release of his acclaimed second album ‘Seventeen Going Under’ last week, Sam Fender today releases tickets for his UK & Ireland arena tour for 2022. It follows the release of latest single ‘Spit of You’, of which the video was released last week starring one of the UK’s most sought after acting talents, Stephen Graham. You can watch the video HERE. Tickets are on general sale from 9am from HERE.

After selling out two landmark shows at Knebworth for 2022, Liam Gallagher has confirmed another set of huge dates for next year. The two new stadium gigs will see LG visiting Glasgow’s Hampden Park on June 26th and a homecoming show at the Etihad Stadium in Manchester on June 1st. Tickets go on sale 9.30am today via www.ticketmaster.co.uk, www.gigsandtours.com, and www.livenation.co.uk.

Ahead of the release of their forthcoming album, ‘World I Understand’ (out November 19th), The Sherlocks have announced details of a 2022 UK tour. The 11-date tour will take place across February and March next year, following this month’s ‘Keep Our Independent Venues Alive’ shows. The full list of dates is above! General sale is today at 10am. For tickets, head to https://www.thesherlocksmusic.co.uk.

Liverpool‘s rising rock band, The Mysterines have revealed details of their much anticipated debut album, “Reeling”, which will be released on March 11th 2022 via Fiction Records. If that’s not enough, the band have also announced a headline tour for March and April 2022, with tickets going on sale today at 10am from HERE.

Leeds rock four-piece Pulled Apart By Horses have announced April 2022 UK headline tour dates, as well as confirmation of their forthcoming fifth studio album in Spring 2022. Full tour dates are listed above and tickets go on general sale from 10am today HERE.

Former The Maccabees’ frontman, Orlando Weeks has announced a series of intimate dates this November ahead of his forthcoming headline tour in March 2022, which includes a show at London’s iconic Barbican Centre. Tickets go on general sale today at 10am HERE.

Posted by northernchorus - March 5, 2021 0
With the government roadmap out of lockdown unveiled and a date set for the return of live music, it’s time… 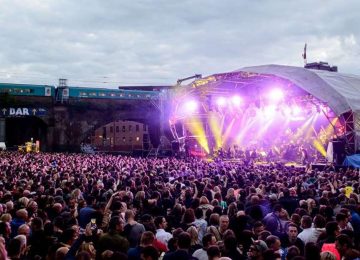 Posted by northernchorus - March 31, 2021 0
Due to the current Coronavirus outbreak and the government measures implemented to limit its spread, renowned concert series Sounds Of… 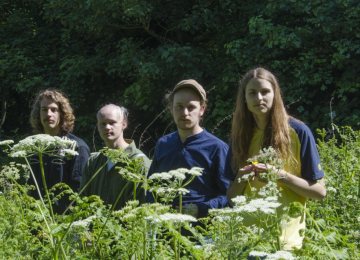 Posted by northernchorus - March 17, 2021 0
York alt-rock outfit, Bull are heading out on a UK tour later this year, following the release of their debut album… 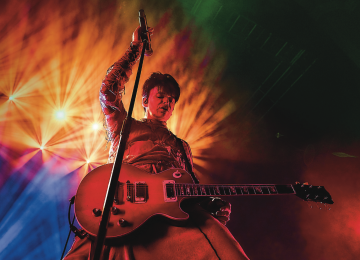