With the government roadmap out of lockdown unveiled and a date set for the return of live music, it’s time to get excited and start planning ahead. Each week, we will post a selection of the biggest ticket releases, including all dates, where to purchase tickets and when they go on sale. Don’t forget, for the latest updates on new shows and ticket releases, head to Find Shows Near Me.

This week is packed with plenty of ticket releases, so without further ado, here are our Friday picks:

The Cribs have announced details of both brand new and re-scheduled UK tour dates.  Original tickets remain valid for the rescheduled shows. Tickets for the new dates were available for presale from 10am Wednesday 24th March 2021 and general sale today from 10am via www.gigsandtours.com, www.seetickets.com and www.ticketmaster.co.uk.

Jake Bugg has announced a new tour for Spring 2022, following the release of his fifth album and first full-length release through RCA Records, Saturday Night, Sunday Morning on 20th August. Tickets went on pre-sale from 9am on Wednesday and are on general sale at 9am today. Full dates are as follows:

Wolf Alice have announced a UK & Ireland tour for January 2022, their first headline shows since 2018. The tour includes dates in Manchester, Glasgow, Newcastle, Sheffield and Liverpool, where the band will perform tracks from their eagerly-anticipated third album Blue Weekend. Pre-sale began on 24th March, with tickets going on general sale at 9am today.

Rag‘n’Bone Man’s return continued with the announcement of UK autumn dates, kicking off with a big hometown arena show at the Brighton Centre, also including London’s Eventim Apollo on November 6th. Presale tickets went on sale March 23rd, and on general sale today at 9am from here.

Laura Marling has announced details of a twelve date UK tour this Autumn. The shows kick off in Birmingham on the 4th October and run through to 20th October at London’s Roundhouse. Tickets go on sale today at 9am via www.lauramarling.com.

Inhalerhave announced details of a full tour of the UK and Ireland later this year. The dates in September, October and December include brand new UK tour dates alongside the band’s rescheduled tour of Ireland as well as an additional two new shows. Tickets go on general sale at 9:30am today from Ticketmaster and Gigs & Tours.

18 year old rising star Alfie Templeman has shared details of a Spring 2022 headline tour – including his biggest show to date at the O2 Shepherds Bush Empire on March 16th. Pre-sale tour tickets were available on Wednesday 24 March for fans who have pre-ordered the mini-album from Alfie’s store or who bought tickets for his sold out Spring ‘21 tour which had to be rearranged due to the pandemic. General sale tickets will be available on today at 9am from https://www.ticketmaster.co.uk/search?q=alfie+templeman

Newton Faulkner has announced his brand-new 8th studio album ‘Interference (Of Light)’ and a major UK and Ireland tour for autumn 2021. Tickets go on sale at at 10am via www.gigsandtours.com and www.ticketmaster.co.uk.

Our Sound Music Indie All Dayer

And last but not least, tickets for the much anticipated Our Sound Music Indie All Dayer go on sale today. The line-up includes Northern Uproar, The Voyd, The Underclass and The Sheratons, and it promises to be a great day in Hull! You can get your tickets from 1pm today here: https://t.co/uNQpLNydGL?amp=1 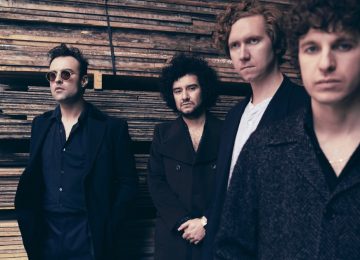 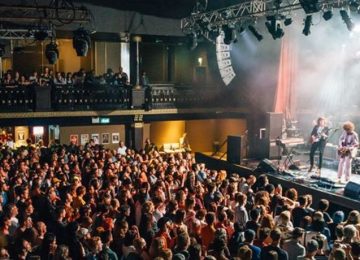 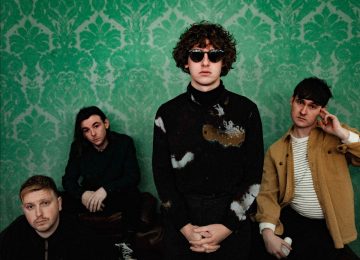